All the Feels (Taylor's Version)

I look forward to receiving an email from "CaringBridge" because it means my friend has written an entry in his journal. He's currently making cancer his bitch, enduring chemotherapy, working full-time in a C-level position, all the while being an amazing husband and father. This guy is a regular fucking Superman. Truth be told he'll probably outlive me.

I'm having a hard time processing all of it. I wish there was some kind of support group for me. But that doesn't exist and I don't have an outlet to talk about it, so here we are. This is it. I know you're thinking that Lynn is there for me, but she loves this man like a brother, and talking about it with her only makes it so much worse for her. And if I'm being totally honest, it only makes it worse for me. And since I'm selfish, we don't really speak about it much. I'm not gonna poke that bear.

A bit of background to those unfamiliar. We went to high school together. I've known his wife since first grade. We were business partners in the bar we called "Rookies". He lived with us in our first house for a little bit while he saved to buy his first house, always making sure to throw Lynn a hump from behind as she loaded the dishwasher. Our sons are similar in age and are thicc as thieves when we're in WI. They play online games with each other all the time. His daughter calls me "Jackie" and it has stuck. So we're pretty tight with the whole fam bam.

This week he wrote an entry called "All the Feels" in which he talks about his treatment days. What he probably doesn't know is that every other Wednesday is pretty shitty for a lot of people. Here's my take on Wednesdays as of late...

I'm sad. I'm fucking sad for this motherfucker. If you knew his story you'd be sad too. There's a Drake song that goes "Started from the bottom, now we here..." And that one dumb line repeats in my head like a broken record. He's worked hard to get where he is and cancer is threatening to fuck everything up. (Did you know that I swear a lot? Well now you fucking do.)

I'm glad. I'm glad that he's open and honest about how he's feeling and writing it all down in his journal. I know we don't get the raw and brutally honest journal entries, but what we do get is thoughtful and more than appreciated.

I am lonely. I don't feel like I can be the same friend that I used to be. I think he'd say otherwise, but something definitely changed. I've tried really hard to just be normal. But that's really fucking hard with a 10,000 lb. elephant in the room. I think I'm doing an OK job with this one.

I'm thankful. I'm super thankful that he has a great attitude about everything. He also has an amazing support system of people who are there for him and his family. Just trying to make life normal.

I am tired. I'm super anxious these days. Sleep sucks lately. And the lack of sleep only exacerbates my negative feelings. I can't be alone in my thoughts and not let this snowball into all the negative outcomes that may or may not come to fruition. (This on top of some personal health issues centered around sleep, which aren't as serious as cancer, but serious nonetheless. I will say this, our healthcare system in America sucks so hard sometimes. And this is definitely one of those times.)

I'm mad. Why him? Why not some other schlep? Why not me? Why is he and his family being dealt such an awful hand lately? They've been through enough! What kind of sadistic test is this?!

Nathan Walker I love you. Not in a gay way, of course. (Not that there's anything wrong with that.) Keep being you. Keep fighting your fight. You really are an inspiration to me in ways that you'll never ever know (and I'll never publicly admit). Thank you for being my friend today, tomorrow, and forever. #fuckcancer 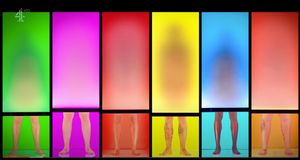 
The Best Show on TV. Period.