My friend Aaron Eckburg passed away suddenly this past weekend. You might have met him at the Gilbert Farmers Market where he sold various salts, peppercorns, sugars, and other herb and spice blends at his Go Lb. Salt stall. If you never did have the pleasure of meeting him, please watch the video below to see what you missed...

I've been struggling the past few days to put these words together. He was more than just my "salt guy" - he was a friend. Aaron and I spoke with each other regularly. As I was thinking about it, for the past 8 years we probably spoke with each other at least once a week at the market. Sometimes more. I'm going to miss our chats. Even if I didn't have to purchase anything from him, I'd still stop and check in with him.

He watched our kids go from babies to children. My kids called him "Uncle Salt". As in: "Dad, can we go see Uncle Salt at the market today?" He was always patient with them and spoke to them like equals. Always letting them take a sticker or business card. And he always let them try anything they wanted to from his salt and sugar samples. Afterall, like he always said "Happiness is just a lick away"...

When my wife was pregnant and couldn't drink, Aaron saw on social media that she was a little bummed out. So he shipped some sugars and recipes across the country where we were staying for a few weeks so she could have some summer mocktails. Unsolicited. Never asked for anything in return. Another time he dropped off some bacon at my office, just because. "It was on the way home and I knew you would like this batch." That's just the kind of guy he was.

He loved his wife. I only know this because when you watched him with her or when you saw how he looked at her, you just knew that he was madly in love with her. He always spoke so fondly of Liz, even when she wasn't around. It's not my story to tell but they had a really interesting love story.

He was never judgemental when I shared my thoughts on any particular subject. We both freely shared our opinions on just about everything and were never afraid to share them with each other... Our conversations were mostly (but certainly not always) about food and they went something like this:

"Have you tried this yet? 'XYZ store' has them on sale this week! Put some on your smoker and see what happens."

"Check out the burrito at the 'XYZ' food truck this week... But bring it back here and put this salt on it and it will blow your mind!" (I often followed this advice and he was often correct.)

"Go over and see 'Soandso' at 'XYZ' stall and check out the 'blahblahblah' they have for sale. It's amazing this week!"

"Next time you cook 'XYZ' use some of this 'xyz' salt on it and let me know what you think..."

Aaron taught me a lot about food and cooking and I feel like I was able to teach him a few things as well. His cooking classes were always so fun. He was a great teacher.

I remember when he finally got his hands on a smoker and he was so excited, and so full of questions for me. We would celebrate each other's successes on social media, each drooling over something the other had cooked earlier in the week. We would sometimes bring each other a sample of something that we had cooked or made.

Every now and again he would borrow a cookbook from me. Ususally he'd return it and say that he improved a particular recipe by tweaking this and adding that. He was a little bit of a know-it-all, but in the best way. That rubbed some people the wrong way but I loved that about him.

I approached him to help me put together a cure for some pork belly that I was working on turning into bacon... He ran with the idea. Again he borrowed a cookbook of mine and together we developed several bacon cures. We'd exchange bacon and cures until we got them just right. It was a delicious collaboration. He started selling the cures at the market.

After a short time, he asked me to start selling finished bacon at the market. He knew the market people would gobble up the bacon we developed. I wasn't ready to start that project, so again he ran with the idea with my 100% support/encouragement. He truely was an entrepeneur.

His dry cured bacon would often sell out quickly at the market. And if I was around when a customer would ask about it he would always give me credit/blame for the idea. He would often say that it was all my fault that this bacon exisited. He didn't have to do that but it always made me proud to get the credit. It also brought me great joy to know that people were enjoying a product that I had a hand in developing. But Aaron is the one that did all the hard work. I would just bask in the glory everynow and again.

I had the honor of sharing the stage with Aaron at the first Ignite Food event in 2012. Imagine that, my topic was "Makin' bacon" and his was of course on salt and why all salts are not created equal. He considered himself a selmelier, and that's exactly what he was. He had an amazing palate and shared his salt knowledge with anyone who would listen.

A memorial service will be held at 4:30 p.m. Saturday,  June 8, 2019 at Kingdom Hall of Jehovah’s Witnesses, 12450 E. Mountain View Road, Scottsdale. The service will be streamed on YouTube for those who cannot attend. I'll be there to celebrate my friend. I hope to see you there to help me celebrate this man's life.

The video below is exactly how I'll remember my friend... This was pure Aaron through and through, right down to the orange crocs he wore on his feet. He was so passionate about salt and I hope you can see it in this clip. I will miss him tremendously... 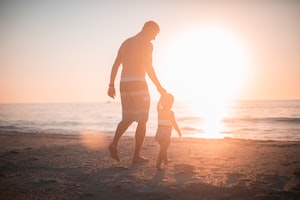 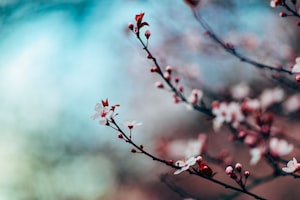