I've been either in my son's 4th grade classroom or around some of his classmates at school functions a lot in recent weeks. And they are just so much cooler than I ever was at their age. Not in an "I'm better than you..." kind of cool. But rather a tolerant and empathetic kind of way... Now don't get it twisted, I know there are some assholes in the bunch. But in general, they are just nice, well behaved children. I really do feel fortunate that my kids attend an amazing school with teachers that are second to none.

I talk to my kids about real shit. I don't sugarcoat it. I don't sidestep around it. You ask me a question, I'll give you a real answer. Where do babies come from? A man puts his penis in a woman's vagina and they make a baby... That's the simplified version but you get the gist... We had a rather interesting conversation about girls and their periods the other night as we relaxed in the hot tub. My daughter is not ready for any of that and my son is really glad that he's a boy.

Is this the right way to approach this? I don't know...? I'm just making it all up as I go along. But the way I grade myself is by looking at how they attack the world. And I'm not trying to pat myself on the back here, but for the most part, my kids are good people. I just talk to kids the way I wanted to be treated as a kid. Now, this doesn't mean I'm loosy-goosy on everything. I think kids need to be protected from certain things. They are still kids, after all. Their brains are still developing and we know they can't handle certain things.

But they're a lot more flexible than we give them credit for at times. There is a boy in my son's class (we'll call him Adam {not his real name}) who wears girl's clothing to school every day. Pink shirt with a sparkly unicorn. Check. Pink cleats when he plays soccer. Check. I don't remember the specifics but I do remember his Halloween costume was fabulous last year. He's done it since kindergarten as far as I know. And I don't know his deal at all. I don't know if he considers himself gay. I don't know if he's trans. There are a million other options... So I don't know and honestly, it doesn't make any difference. My son might think it's a little weird but he doesn't (to my knowledge) tease him about it or give any thought really, to this behavior. It's just Adam being Adam.

I tried asking my son about Adam's pronouns. (I'm going to be honest, this concept took me a long time to understand.) I asked if his class and teachers called him he/him or she/her or they/them. He was a little bit exasperated... "Huh? What? We call him a him... We call him Adam." Very nonchalant, and matter of fact. To see the world through their unfiltered lens...

When I see Adam I try to interact with him in like the most normal way. That sounds so high and mighty... Like I'm trying to go out of my way to treat a kid normally. I don't go out of my way, if I have an opportunity I'll interact with him. I don't push kids aside to go talk to Adam when I'm in their classroom. I just try to treat him like any other kid. I just want him to know that the world accepts him just the way he is. I think it's important as an adult, especially as a man, to let him know that he is allowed to be whatever the hell he wants to be. We had a good conversation last night at a school event about skeletons, which was a class project we were working on when we got to visit earlier in the week.

Again, I don't really know this kid at all. I don't know his Mom, other than seeing her on the soccer field once or twice, or seeing her at school. I know she'll probably never read this. But if I could tell her anything, I'd give her a big hug and tell her to to keep it up. You're raising a fabulous human being. I've seen you with him, hugging on him and loving on him. So I know how you feel to have a heart exploding with love for your kids. It's a pleasure watching our children grow up. I'm really glad to share a super small sliver of your son's journey alongside my son's. It's not going to get any easier, but if you ever need anything, I've got your back. {{hugs}} 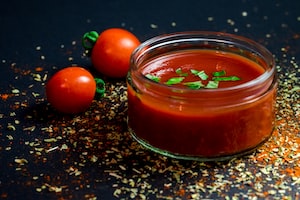 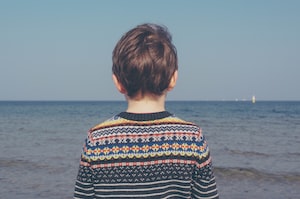