When a restaurant [email protected] up...

I eat out more than I should. And as a result I’m afforded many opportunities for a restaurant’s kitchen to send out food that should have never been put in front of me… And in the past 5 days, it’s happened to me (and my co-diners) twice. I will name names but more on that in a minute… And please know that I’m not trying to come off as an entitled asshole, I’m not embellishing what happened, these are straight up facts. And most people wouldn’t tolerate these issues, nor should they have to.

Both restaurants in these two experiences really fucked up. They weren’t little tiny issues, but major offenses that needed attention. How each establishment handled the situations was as different as night and day. One of these restaurants I’ll probably never step foot in again, even if someone gave me a $100 gift card. And another is one that I would recommend to my friends. As a matter of fact, I’d encourage my readers to (spoiler alert link) check it out for not only the killer view, but the amazing food.

The backstory: I’m not a huge fan of chain restaurants, I’d rather spend my money at a small local restaurant. But I’m also not such a snob that I won’t set foot in one. Most of the time they’ve done things pretty well to get to an order of magnitude that makes them a chain. My wife won a $100 gift certificate to The Keg Steakhouse in Gilbert, AZ at an event in September. Fantastic. We like a free steak. However this is one of those chains that I just don’t understand its appeal. The food is expensive. It doesn’t taste all that great (I can make a better steak at home). And the service is usually not anything to write home about either. Those have been consistently my experiences in my admittedly limited visits (4) with The Keg. And this visit was no exception to any of those statements (so at least they’re consistent?) However what was different this time was how they handled the problems we encountered.

Strike one: It started with a coupon for a free appetizer. We didn’t have the physical copy, only a picture from an image on a phone. They said we couldn’t use it. There was no way we were getting a free appetizer. Fine. We’ll pay the $9. When we asked the manager he blamed it on a code that needed to be entered from the coupon itself and it was a “marketing department” issue and his hands were tied. (BTW there was no code on the coupon, that irked us even more.) He did offer us dessert though as a way of making it up to our table. You know me, I #alwaysorderdessert so we would have spent nearly or possibly more than $30 on the desserts we ordered (2 crème brûlée‘s and a slice of cheesecake). Surely the general manager of the restaurant has a button on their POS system that would allow for him to comp us a $9 dollar appetizer. (Which would have been, if we had the physical coupon, again, our bad for not having it, comp’d anyway per their promotion.) So they’re $21 in the hole at this point.

Strike two: Our entrees arrived and we start digging in. There were several issues in the food that was presented to our party of four. An overcooked lobster tail and overcooked prime rib. We complained about the lobster tail and it was taken off the bill. Not offered to refire, only offered to take off the bill. This was very matter of fact and no apology was offered. A simple “I’m so sorry, our kitchen screwed up” goes a very long way.

Strike three: This to me was the most egregious offense of the evening and it really turned me off to finishing my food. And it didn’t even happen to me personally. As our companion was digging into her meal she noticed something weird. Long story short, she pulled out a piece of butcher paper the size of a cocktail napkin from her mashed potatoes. Not a tiny little corner, the size of a FUCKING COCKTAIL NAPKIN! She and most of the table were really turned off at this point. She physically got up and got a manager to show him. Again he was not apologetic at all. He just offered to take her food off the bill.

***Strike four: ***We asked to speak to the general manager, whom we were slightly friendly becuase we had met him at the aforementioned event where we won the gift card. Surely he would care enough and make things right. He came to our table and we voiced our concerns. All we got were excuses. Since I had his attention, I even called him out on the flavorless Béarnaise sauce they served. His response: “That’s made by a company especially for us and we don’t make it in house.” Another excuse. It’s hard for me to justify why I would want to support this company and their employees. People aren’t expected to be perfect, but they should at least look like they give at least one single fuck. Zero fucks were given on that evening. Needless to say, we won’t be back.

TOP OF THE ROCK

***The backstory: ***This is a lovely room that I probably haven’t visited in 10 years. The architecture is gorgeous and the view is killer. I’ve met Chef Greg Wiener at a few events around town and we’re friendly on social media. I keep bugging him to open for lunch, which he promises is going to happen soon. My wife and were headed to Tempe for a concert  around 8 p.m. and since we had a sitter watching the kids already, we thought we’d make a night of it. I made a reservation for 6 p.m. at around 5 p.m. and we made our way over. We ordered a salad and a soup to share and everything was delicious.

![IMG_1262](https://i0.wp.com/connectedbyfood.com/wp-content/uploads/2016/02/IMG_1262.jpg?resize=300%2C300)**Top of the Rock bread service.**
***Strike one: ***And then we waited. And waited. Finally our entrees arrived. It took about 45 minutes for them to arrive. For a Tuesday night they were moderately busy with a couple of very large parties. We dug in. We were served three dishes: My double cut pork chop with cowboy beans, my wife’s ribeye steak, and an order or beautiful looking carrots. Each dish was slightly disappointing. The carrots were under cooked. The steak was under cooked (ordered medium rare and it came out very rare). But the most disappointing was my pork chop. It was literally sawdust inside. Extremely overcooked. Initially I thought I’d power through it. But I just couldn’t do it. I mentioned it to the waitress. She apologized and offered to refire the entree. I politely declined as we were short on time and already kind of full from what I had eaten already.

She alerted Greg in the kitchen and he immediately came over to our table. Both Chef Greg and his right hand man in the kitchen Brent Kille both walked swiftly to our spot. The first words out of Greg’s mouth: “I’m so sorry. We’re better than this and you shouldn’t have been served these plates. We’re comping your entire meal, there’s no way you’re paying for any of this.” He swiftly took our plates and promised to bring something from the kitchen to make up for it.

Chef Kille returned a few minutes later with two of the most beautifully cooked and seasoned pieces of their in house dry aged beef for my wife and I. Again, he apologized for the kitchen’s mistakes. We had a great conversation about some mutual acquaintances and about our mutual love and appreciation of food. We finished our protein and out walked Chef Wiener and several desserts alongside their coffee service. (Which BTW you should try, I don’t even drink coffee and I found it delightful.)

After stuffing our gullets we were totally satisfied. Our bill was presented to us and we were charged the one glass of wine (Dos Cabeza’s Red which I appreciate the locality of their entire menu and wine list. They support so many great Arizona farmers and purveyors) and the Arizona mule cocktail I had ordered earlier in the evening. $25. Total. It was unexpected and appreciated. I left a $75 tip.  I’m not trying to brag here, it just proves my point  that despite the problems we had, we left with huge smiles on our face and an excitement to return.

So two different scenarios and two very different outcomes. The Keg had every opportunity to make things right, the Top of Rock admitted their mistakes and more than made up for them. And for that we’ll be back to enjoy the million dollar view… What do you think? Leave a comment below and let me know what you would have done in these scenarios… 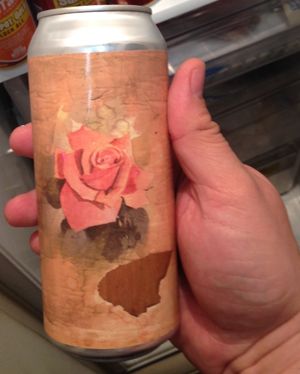 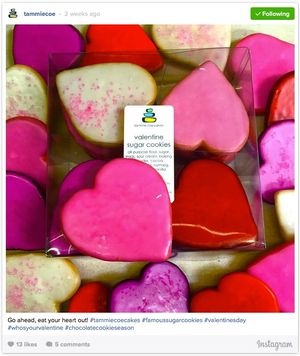