My wife's Grandmother passed away last week. We're certainly sad. But we're also celebrating her 97 years on Earth. I've known her since I was 17 years old. If you do the math that's 25 years! My wife (who wasn't my wife at the time) asked me to a dance in high school, and we took pictures at Grandma's house (who happened to live across the street) because my wife's parents were doing a remodel. That was the first time I really met her. She was an amazing, independent woman who lived her life to the fullest. She was stubborn, loved to dance, Mexican food, margaritas, and White Zinfandel. She took roughly 30 Riverboat cruises down the Mississippi river over the years after her husband died. We used to tease her about it but she really did love it. It was truly my pleasure to know you, Mary.

What that meant for us was a trip to our hometown in WI, which is where I pen this essay. It's kind of surreal to be here with no agenda, other than bereave. Usually we're here in the Summer around our anniversary and the 4th of July. It's often a whirlwind of activities and plans. But this trip is different. Our friends are all working. Their kids are in school. So we're left to our own devices. It's been nice.

Sure there are plans to catch up with friends and family, but mostly we're on our own. We're eating where we want to eat. Celebrating Grandma with Tacos and Margaritas. Showing the kids our old schools. My childhood home. The bar that we used to own. They're mostly uninterested. But the nostalgia courses through my veins.

On a trip to pick up some specialty grocery items from Tenuta's Delicatessen (if you're ever in Kenosha, WI, I highly recommend a visit) I explained to my 9 year old daughter about the auto factory that her great-grandparents used to work at. It dominated the town. Pointed out the spot next to the lake that used to house a smokestack that towered over the city. It now houses rows of condos and a museum. Again, she didn't really care. When I told her that we used to ride our bikes off the pier into the water, she perked up a little bit. Then she was interested in was coming back in the Summer and spending time on the beach. When I explained that the water was always really cold in Lake Michigan, she said she didn't care, she just wanted to play on the beach. Not in the water.

I was looking at real estate listings this morning and came across a couple of things that stood out to me. The biggest was the listing of the Kenosha News building in downtown Kenosha for $1.8 Million. I started working at the news in college. I hardly know anyone who works there anymore. But it was a defining part of my life and career so it's a little shocking to put a price tag on that place. Especially such a small amount. I knew the newspaper business was dying before I ever even left that job. The family that owned (inherited) it recently sold it to their biggest competitor. It's another company leaving the town. Yeah there will always be a "Kenosha News" in Kenosha, but it won't be the same. The Kenosha I knew is dying. I'm not saying it's better or worse in any scenario, just that it's different.

I don't know if we'll be back this Summer, my in-laws want us to visit. The kids want to come. But I think it's time to move on from this place. I love coming here. I still have great friends that live here. I love the food here. They have things I can't get anywhere else. Like a breakfast sandwich on a bagel at McDonalds. Or pizza cut in squares. Or Big Star. Or The Spot. I used to hate that place when I lived next to it. The fragrant smell of raw onions in the morning is not something I miss. But now I crave a visit for some cheese squares.

Kenosha, Wisconsin is where I grew up. People that live here might read this and think that I'm coming down too hard on this place. I honestly love it here. It'll aways hold a special place in my heart. I just choose to live somewhere else. It's not that I want it to stay the same. I applaud progress. But this place feels like it's going in a different direction. And it's really sad. Every visit brings another closure or change that puts a distance between me and the place that I knew and love. And sooner or later that chasm will be too big to justify being here. I just didn't think it'd be this soon. 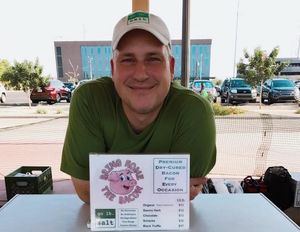 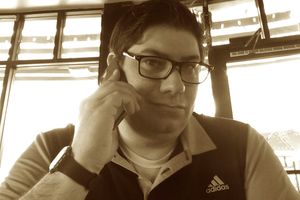